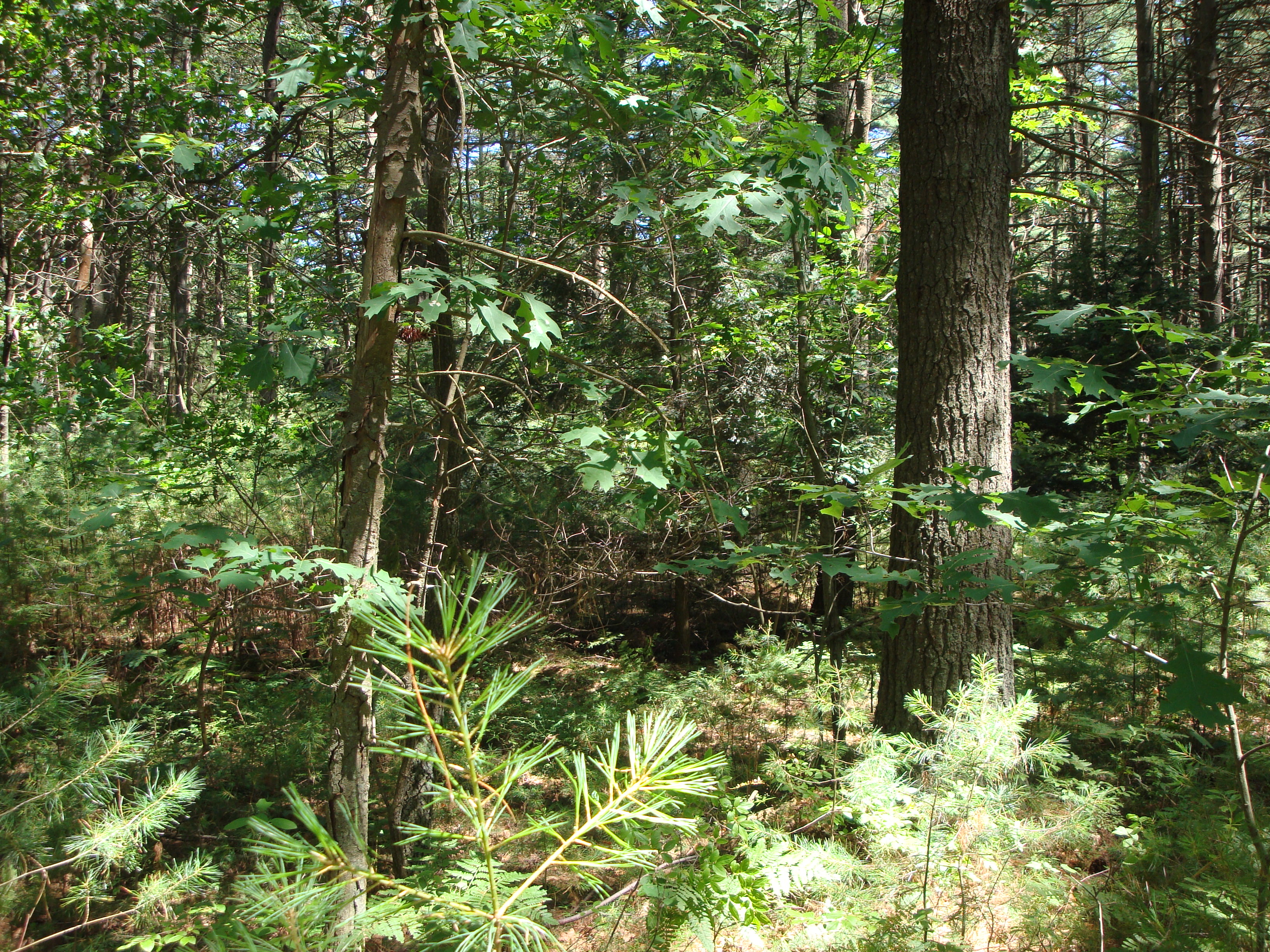 Oak-pine forests, known as transition hardwood forests, contain a combination of species typical in central and northern hardwood forest communities. Often, dominant species can be: oak, sugar maple, yellow birch, American beech, red maple, black cherry, and sweet birch. It is also common to find eastern hemlock and white pine in this forest type. As a result of this widely varied species composition, these forests are moderately vulnerable to climate change given the potential buffering effects of central hardwood species (red oak, black birch) on the loss of northern hardwood tree species (yellow birch) from these communities. Eastern hemlock and white ash are important species in this community and both are threatened by introduced, invasive insects (the hemlock woolly adelgid and emerald ash borer, respectively).