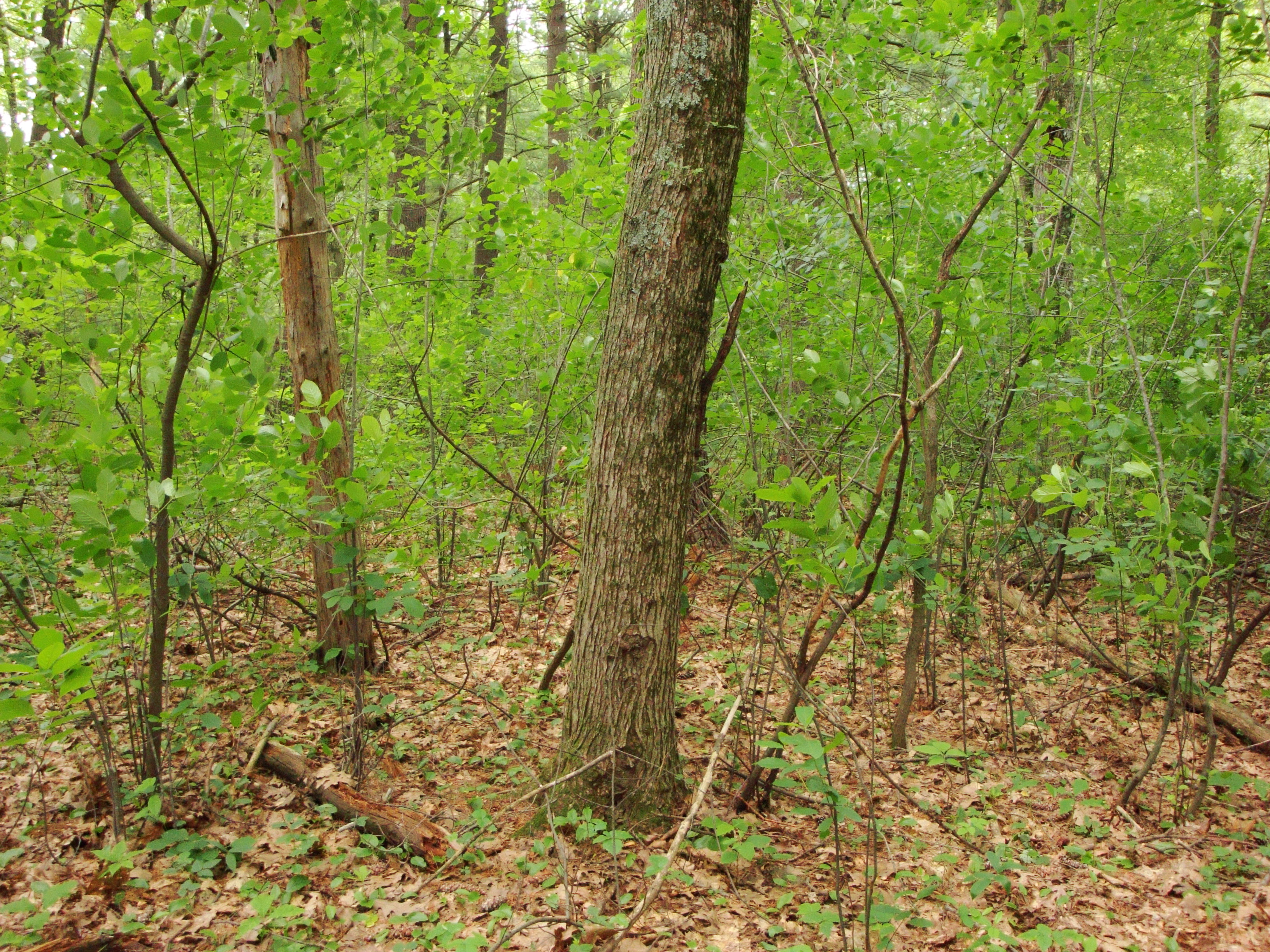 Oak-hickory forests, often referred to as central hardwoods-pine forest type, are usually dominated by oak species including red, white, black, or scarlet oak. Species such as hickory, maple, and birch may also be a significant proportion of the forest canopy. As this forest type extends southward, pine species are more likely to be present.

Massachusetts contains a portion of the northern extent of central hardwood forests with these communities occupying a range of site conditions. A large number of species in this community are adapted to warmer, drier conditions, including several oak and hickory species, and it is expected that these species will persist and potentially expand to new areas as climate conditions shift.